Nordic Senior Consultant Blake Sollenberger recently joined us in the home office to share the story of a successful experience he had with a client implementing Epic’s Single Billing Office (SBO) module.

While rolling out the Inpatient suite, the organization also wanted to convert its Resolute Professional Billing applications, which had been live for some time, to an SBO. The goal of the project was to ensure a smooth transition of the already mature PB live services and scale up for the upcoming HB rollout.

Blake shares how he balanced the needs of those who had been live for some time with users who would be relatively new to the system and how he was able to bring his expertise and experiences from previous client engagements to the project.

Watch this 2-minute video to see him tell the story of how he was able to help the client from planning stages through to reaching its goals.

Hi, I'm Blake Sollenberger. I'm a Senior Consultant here at Nordic, and I wanted to share a story about my time working with a customer on the east coast. They had actually been live for quite a few years on Resolute Professional Billing, but they were installing their Inpatient suite, which included Hospital Billing. One of the things that's really a differentiator with Epic products is a module called Single Billing Office, so as part of that Hospital Billing rollout, they wanted to also convert their live Professional Billing application to Single Billing Office.

I came in, and right away, one of the things we were charged to help them with at Nordic was to make sure they had a smooth transition of those live services that were already mature on Professional Billing while also scaling up for upcoming Hospital Billing rollouts. And one of the things right away that you sort of learn when you have this sort of disjointed project, is the fact that you have a lot of IT shops and revenue cycle owners on the operational side who are very mature in that application. They've been doing it for years. They have policies. They have procedures. They have a certain way of doing things, and, putting it comedically, when you're installing, it can be a little bit of the Wild, Wild West. You're sort of building the bike as you ride it. 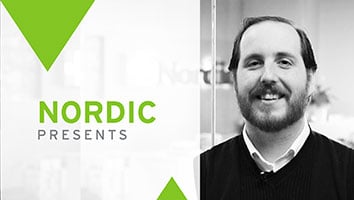 So when you have two different either IT shops or two different revenue cycle groups joining in a Single Billing Office, and one's very mature and live, and one's just sort of figuring it out as they go, that can sometimes create an incongruence of either ideas or goals, or even quantifying success.

One of the things I was able to do was bring experience I had at other consulting engagements with my professional billing background to be able to sort of lend expertise or advice to say, here's what's going to make you succeed on the installing side, here's what's going to make you succeed and enhance your product for those who had been live for a while and were looking to more harness a stronger transformation, the Single Billing Office, and then where is the intersection of that? Where's the Venn Diagram for those installing and those live applications to say how do you have shared success in all of this? Because at the end of the day, Single Billing Office is the same patient. It's the same statement, and you have to seem like a seamless application.

So that was a really challenging project that I actually enjoyed, and it was one of those ones where you get to sort of be that one expert who comes in and helps them in a way that maybe they couldn't materialize just by doing it on their own, and so it's really rewarding when you're able to sort of be able to help them get it to the finish line.