Hospital Billing Contracts - The why, the ROI (hint: very high), and first steps

With just a little bit of information and a thoughtful implementation of Hospital Billing Contracts, you could save 6 to 7 figures on just one contract. If that doesn't pique your interest, you might want to check your pulse. Or just share this with your CEO and CFO.

"... you can identify which payers are not paying as expected, and the amount that goes undetected would astonish you - if you don't have anything in place."
- Jim Kelley on the value of implementing Hospital Billing Contracts

Here are some of the questions Jim answers in this video. (Transcript below the video.)

When you're ready to discuss what this type of project might do for your organization, give us a call.

Jim: When we submit a claim to insurance, they are expected to divide the billed amount into three pieces: There's the patient responsibility, the payment, and the not allowed amount, which is supposed to be written off. The problem is, the dividing line between those last two, the payment and the not allowed amount, so they are incentivized to ask us to write off more. When that happens, we want to catch that, and say "We're not supposed to write off that much, and you should be paying more of that and asking us to write off less of it."

Matt: In a scenario where you, every healthcare organization has a number of contracts with specific payers, if you don't bill that allowed amount functionality within Epic, how is it that you're capturing that information?

Jim: You could painstakingly go through all of the remits and see what was paid, and have somebody look up the contract terms, and how much would that be. In practice, very few organizations have the resources to do that, even for your high dollar claims. Without this functionality, you're very likely going to see significant underpayments. In the course of testing the contracts, before they're even installed, your analysts and your Nordic consultants are likely to identify single accounts that will justify months, if not years, of what you're paying them.

Matt: Wow, that's a really strong case for an important return on investment for these organizations. What preparation does it take for an organization to embark on a project where they would implement this hospital billing contracts? 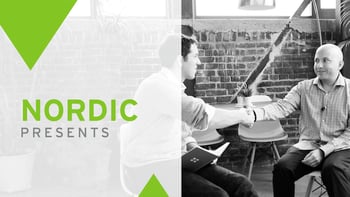 Jim: You have to take your contract and turn it into something that a computer can understand. If the contract says “burn,” you have to say these ICD-10 codes correspond to burns. If they say write off the room ... Well not write off the room charge, that would never happen; but if you're identifying the room charges, you want to know which revenue codes are those. You need to take every word in your contract and make it very, very specific.

The way I've seen this accomplished, is turning it into a gigantic matrix, with one column for codes and that can vary, it can be the revenue codes, diagnosis codes, you can do combinations, you can do very detailed identification of what contract lines apply to which claim lines. Another column would be the reimbursement calculation. Again, the contracts are very flexible, if you say "80 percent of the entire claim and stop pricing everything,” Epic can accommodate that. If you say "Fixed rate for an implant," we can accommodate that; it's very, very flexible. Basically you have your identification, and your reimbursement.

Jim: The translation of the contract into this spreadsheet, or these specific terms, would be one. Prioritization of which contracts to tackle first, would be another. Just opening up good lines of communication, we have a standing weekly meeting at a share-point, so everything is documented. If we are importing, say a fee schedule, that gets stored on SharePoint. Basically, not getting in too technical that where years down the line, someone says "This contract seems out of date," and they can't figure out why it's billed the way it is.

Matt: Jim, summarize for us the value of implementing hospital billing contracts for an organization.

Jim: The value is two-fold. First, you can identify which payers are not paying as expected, and the amount that goes undetected would astonish you - if you don't have anything in place. If you're going to put something in place, I highly recommend Epic's contract modeling as opposed to any sort of third party solution, because they've been refining it for years and years and years. If you find a couple accounts, a couple big inpatient accounts, you could see a six or seven figure return on investment with one contract, if given a payer that's not paying appropriately.

Even in a fantasy world, where all the payers are paying appropriately, the Epic's contract modeling is another activity that works part and parcel with contract maintenance, allows your operational owners to tweak the terms of the contract and see what that would have done over the claims for the past year for that payer. That can be used to drive future decisions and negotiations.

Matt: Wow, that's really powerful. With just a little bit of information about your contract, and translating that into a technical design, we can potentially come in … a consultant, maybe an FTE at your organization, and save you six or seven figures on maybe one or two transactions. That's pretty incredible.

Jim, thank you so much for your time today and for your insight. We really appreciate you telling us a little bit more about hospital billing claims.

Healthcare organizations have never experienced cash flow disruption like what’s been brought on by the COVID-19 pandemic. With drastic volume shifts...

Right now, it may be difficult to know when your health system will start to reschedule your elective and routine services postponed as a result of...