It takes a system to keep us safe 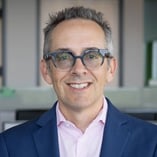 Last month, a jury convicted Nashville, TN nurse RaDonda Vaught of criminally negligent homicide and abuse of an impaired adult after a medication error contributed to the death of a patient in 2017. Nurse Vaught was not accused of ill will or malevolent intent toward 75-year-old Charlene Murphey. However, the jury found that she was culpable for Murphey’s death, and now she is likely to serve jail time for her convictions. Criminalizing what can easily be characterized as system-induced human error discourages institutions from actively seeking out clinical and operational improvements that can improve care and save lives.

In part one of this blog post, I will explain the circumstances leading up to the death of Charlene Murphey, and in the second part, I’ll discuss some of the systemic deficiencies that contributed to this horrible outcome. It’s important for me to note that all the information I have about this case is from the public news and other sites. I have no firsthand knowledge of what occurred.

While organized medicine and national quality organizations don’t usually weigh in regarding a local criminal case, this conviction was different. The Institute for Healthcare Improvement wrote that “[w]e know from decades of work in hospitals and other care settings that most medical errors result from flawed systems, not reckless practitioners. We also know that systems can learn from errors and improve, but only when those systems encourage reporting, transparently acknowledge their mistakes, and are held accountable for those errors.”

The American Nursing Associate wrote that it believes “that the criminalization of medical errors could have a chilling effect on reporting and process improvement. The Code of Ethics for Nurses states that while ensuring that nurses are held accountable for individual practice, errors should be corrected or remediated, and disciplinary action taken only if warranted.”

The American Association of Critical Care Nurses wrote that “[d]ecades of safety research, including the Institute of Medicine’s pioneering report To Err Is Human, has demonstrated that a punitive approach to healthcare errors drives problems into the shadows and decreases patient safety.” They go on to assert that “[t]his conviction sets a dangerous precedent that puts patient safety at risk for years to come.”

This prosecution and conviction of this Vanderbilt University Medical Center (VUMC) ICU nurse certainly has gotten the attention of the medical community. Is this just a case of professional medical organizations trying to protect one of their own? I think the answer is a resounding “no”. Clinical leaders throughout the country have decried the criminalization of medical errors, pointing to systemic problems and chronic overwork (especially now due to the pandemic) as being major contributors. The prosecuting attorneys for this case point to the many chances that Nurse Vaught had to catch and prevent her mistake, and hence they view her shortcomings as beyond the pale and simply criminal.

The patient was in the neurological intensive care unit at VUMC due to a brain injury. She seemed to be improving, but a PET scan was ordered by her physicians to better understand her condition. This test is similar to a CT or MRI scan, and as many people become anxious or claustrophobic in the scanner, a sedative medication called midazolam was ordered to be administered prior to the study. Note that midazolam is the generic name of the medication, but it is often referred to by its brand (or commercial) name as Versed.

Medication safety is a big deal in hospitals, and this case makes it clear why this is so. Meds that might need to be drawn up by nurses are typically kept in a locked medication cabinet. Further, this med cabinet is electronically connected to the EHR. Under ideal circumstances, when the nurse is ready to get the med, the physician order triggers a specific drawer in the med cabinet to open. This workflow is meant to make it much more unlikely that a nurse or pharmacist takes the wrong med. If everything were working under ideal state, the drawer in the med cabinet that opened would contain only the midazolam or only a handful of meds, one of which was midazolam. But the ideal state was not in play on that day.

Due to reasons that aren’t clear from what I can read, the connection between the med cabinet and the EHR was not working. Hence, when the nurse wanted to get the midazolam to administer, she had to perform a med cabinet “override.” Such an override is intended to be a very uncommon occurrence as typically, there should already be a physician order in the EHR indicating to both the nurse and the med cabinet which drawer should be unlocked. There are precious few reasons to need an override. The most common reason, especially in the emergency department or in an ICU, is a very sick patient who is rapidly deteriorating (we’d say “coding” in med speak). During a “code” when the patient needs emergency care, there is often no time to enter orders into the computer. The doctor is often yelling out “verbal” orders, and the nurse needs to get those meds right away as every second counts.

To override the locking mechanisms of the med cabinet, the nurse enters their identification information and often that of the patient. They then type in the name of the medication that the doctor verbally ordered. Remember, this should be a rare event, but it was quite common at this hospital due to technical limitations that aren’t clear to me.

We’re told that the med cabinet as it was programmed at the time would only allow nurses to search for the generic name of meds, not the brand name. This apparently wasn’t clear to Nurse Vaught, and that confusion is understandable as most EHRs display both names in most places. The med she needed was nowhere on the list because the system – again, as it was configured – only accepted input for generic names and only displayed generic names. After typing in “V” and “E,” Nurse Vaught pressed on the top med (vecuronium) and the corresponding drawer in the med cabinet popped open. She grabbed the vecuronium, thinking she had grabbed Versed.

Vecuronium is a paralyzing agent used as a part of general anesthesia when a patient is to be connected to a ventilator. This is an extremely dangerous drug as it paralyzes the muscles we need to breath. Yet, it’s a very common drug in the operating room or the ICU. The vials of vecuronium are prominently labeled with bold red statements like “WARNING: Paralyzing Agent. Causes Respiratory Arrest. Facilities must be immediately available for artificial respiration.” Despite these warnings, Nurse Vaught administered the medication.

Typically, when a sedative is administered quickly via IV, nurses stay by the bedside to monitor the patient as some patients respond more acutely than others. It’s possible for medications like midazolam to cause respiratory depression in some patients, so it’s best practice to closely monitor the patient’s breathing to ensure they’re not having problems breathing. Nurse Vaught did not stay with the patient, so when Murphey’s ventilation became impaired, it wasn’t noticed immediately.

There are many other details to consider in this tragic and complicated case, but I think I’ve outlined the most essential points to understand. In my next blog post, due to be released next week, I’ll talk about some of the systemic problems that played a large part in this tragedy and how a user-centered focus can decrease the likelihood of such a problem happening again.

Making Rounds: The up and downside of disintermediation [Podcast]