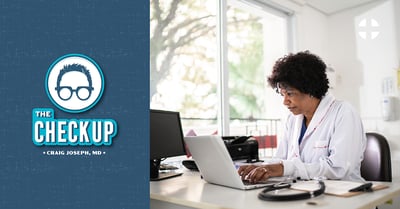 Starting about a decade ago, some electronic health record (EHR) vendors began promoting the concept of teaching end-user physicians a bit of the behind-the-scenes magic regarding how their products work. Modern EHRs are incredibly configurable, which is great because hospitals and health systems can make the product work exactly as they want. It’s also horrible for the exact same reason. Under any circumstances, the actual work of configuring the EHR is typically done by information technology (IT) analysts. These folks sometimes have a clinical background, and they become trained in the minutiae of how their EHR functions. Analysts aren’t programmers, but they do have to understand a good amount of how computers “work.”

These practicing doctors who sign up to learn about how to do basic EHR configuration are called different things by different vendors. Epic refers to them as physician builders, while Cerner calls them physician architects. Whatever they’re called, they learn enough to be dangerous! Typically, they can create and modify documentation templates used by physicians. They’re often able to build and adjust order sets. Some are even given the security to work on clinical decision support tools, reports, and dashboards.

The question immediately asked by our friendly hospital CFOs (I see you there!) is: why would we pay physicians to do this work when IT analysts can do it better, faster, and cheaper? It’s a great question, and here are some of the answers. For complicated EHR build that is a heavy lift, IT analysts are the way to go. But for simple, straightforward documentation templates and order sets, the physician often understands the need faster and more thoroughly than the analyst, thereby creating the best content in the least amount of time. Further, doctors can often interpret what other clinicians are hoping to achieve by quickly reading between the lines. So often, a physician asks for tool A, but what they really need is tool B. A physician builder can give the requestor what they need, not what they want or asked for.

The KLAS Arch Collaborative coordinates standardized surveys and benchmarks of healthcare systems and their users, helping their members uncover best practices. One of their studies showed that doctors who had a physician builder in their specialty were statistically more satisfied with their EHR than doctors who didn’t. This is amazing! While the association is there, the causation is a bit unclear. What exactly did these physician architects do to make their colleagues so pleased? Did they perhaps just work on the tickets for their specialty faster than the IT analysts could? Did they use some special sauce to create better, more intuitive, or more useful tools because they understand the niche need better than others could? Did they do both things?

It could be that the physician builders helped their colleagues by doing no building whatsoever. Physicians who understand how their EHR functions under the hood are exceptionally good at explaining complicated technology issues in a way that their colleagues appreciate and understand. When an irritable doctor wants to know why their EHR can’t just do this or that, another physician might be able to add just the right amount of color commentary or context to help their co-worker recognize the value of the status quo or the complexity of the requested change.

Sometimes a physician architect brings value by helping colleagues understand the competing priorities that the CIO is facing. “Sure, you’re right that it would be helpful if we implemented that module that you’ve been asking for. But we’re also opening the new hospital next month and acquired three new outpatient practices in the last quarter. We want to bring in the new functionality, and in fact, we’re planning for it to go live by the first of October.” That’s a much better explanation than either silence (far too common, actually) or “we’re working on it, doctor.”

If you don’t have a physician builder program at your health system, ask your friendly IT leader why not. The benefits are significant, and the costs are minimal. Your EHR vendor likely has resources explaining how it works and will have references to peer institutions so you can get first-hand insights. It’s definitely a program worth exploring.