I recently read a thought-provoking Forbes article arguing that the market-leading electronic health records (EHRs) of today could not possibly remain as we know them in the future. The author posited that government interoperability regulations and information blocking rules will force open the walled garden that some large vendors have created. He argues that all is not lost for these vendors, or at least some of them. If they want to survive, they can pivot from software supplier to healthcare data platform.

The author of the article, Seth Joseph (no relation), quotes former athenahealth and current Zus Health CEO Jonathan Bush as saying, “Judy [Faulkner, CEO] and Epic are like Mike Mulligan and his steam shovel, Mary Anne. They just keep digging faster and faster, and haven’t yet realized they’re about to be stuck in the basement with no way out.” If you don’t know who Mike Mulligan is, then...<insert Millennial joke here>.

Allow me to summarize: in a children’s book published in 1939, a steam shovel operator (Mike) and his trusted steam shovel (Mary Anne) fear being replaced by fancier technology, so they offer to dig the foundation of a small city hall in just a day, something even the shiny new diesel shovels couldn’t do. As you may have guessed, they were successful in digging the hole, but worked so quickly and diligently, they forgot to create a way out. But not to worry! The steam shovel becomes the building’s heating system and Mike becomes its janitor.

Are the parallels between some EHR vendors’ and Mary Anne’s obsolescence right on? I think it depends on who you ask. If you’re new to healthcare IT, this is an obvious slam dunk. Innovation and disruption, baby. #SiliconValley can fix anything with software, naïveté, money, and a bit of time. I’m no newbie, and I’ve seen the titans of Northern California slink away from the U.S. healthcare system after scratching the surface of its complexity and foolishness. If you’ve been around the block and watched EHR vendor consolidation over the last decade, you might think it’s impossible to even contemplate companies like Epic losing their market share. After all, how many Epic turnovers have we seen lately? 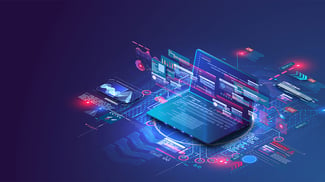 Must an EHR vendor become an EHR platform or face the end of its existence? I believe the correct answer is a definite maybe. Healthcare is difficult in the U.S. Our “system” (in quotes because many don’t think it qualifies as a system) is disjointed, unequal, poorly distributed, and often illogical. Physicians (at least many American ones) eschew centralized control, strict guidelines, and enforced terminology and documentation. They see this as cookbook medicine and healthcare that is dumbed down to the least common denominator (see Neal Peart’s “The Trees” that “are all kept equal by hatchet, axe, and saw” for a taste).

To me, it seems difficult to envision a future where there are no EHRs, just health IT platforms that agnostically take information from one place and (maybe) store it and surface it at another place. The breadth and depth of clinical information is so varied and typically non-discrete that it makes my head hurt trying to imagine how a complete platform would work. We struggle to create, maintain, and exchange a problem list within the same electronic health record. Heck, I’m confident many physicians disagree about the differences (if there are any) between a problem list and a past medical history. If we can’t get these basic terminologies straight, how can we send problems (or histories) from patient to primary care doctor to specialist?

I see a future where EHRs still exist, but they make it much easier to exchange information than today. APIs will become omnipresent (so says the federal government), and data will move much more seamlessly. I think services such as clinical decision support, risk visualization, and shared decision-making are already becoming outsourced, but most EHR users have no idea that this is the case because it all appears to be sourced from within the medical record itself. As far as I’m concerned, that’s the key; will users notice that data or services don’t originate from within the EHR? When it’s invisible and the doctor or nurse can’t tell where data comes from, then the platform effect is gaining ground. Yet, we are so far away from that moment right now for so much clinical information, it’s difficult for me to see that light at the end of the platform tunnel.

Healthcare organizations spend enormous amounts of time and money to heal countless illnesses, while the organizations themselves suffer from their...

Patient empowerment starts with control of their own data

One of the most challenging questions to ask right now is, “Are you vaccinated?” Public Trust in Government has been in decline for decades and...

'When' not 'if': Resilience is an essential component of healthcare cybersecurity

Healthcare organizations (HCOs) are under attack. Any organization that handles protected health information is an irresistible target for...