The brilliance of GROSS

In November of 2018, an article appeared in the New England Journal of Medicine titled Getting Rid of Stupid Stuff. The author was Melinda Ashton, MD, the executive vice president and chief quality officer of Hawaii Pacific Health (HPH). Dr. Ashton wrote a short summary of her health system’s attempts to “reduce some of the unintended burden imposed by our [electronic health record] (EHR).” No one at HPH knew if their program would be well received or impactful, but it turns out it was successful on both fronts. 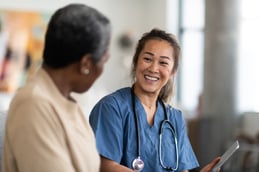 Dr. Ashton and her colleagues knew about some of the problems in their EHR but agreed that they didn’t know what they didn’t know. Hence, they sought input from end-user clinicians, essentially asking doctors and nurses to identify stupid stuff. When they started the process, they expected to get three sorts of input: “documentation that was never meant to occur and would require little consideration to eliminate or fix; documentation that was needed but could be completed in a more efficient or effective way with newer tools or better understanding; and documentation that was required but for which clinicians did not understand the requirement or the tools available to them.” Indeed, they got submissions in all three categories.

One might be able to predict some of the issues in the first category (documentation that was never really intended to occur). Typically, these arise when the software – or the analysts who configure the software – don’t take into account specific workflows or deviations based on age or gender. Requiring nurses to document whether patients who need diapers are incontinent of urine or stool makes complete sense, unless of course the nurse works in the Neonatal Intensive Care Unit. Fair play almost required that nurses taking care of adolescent patients document regarding the condition of the patient’s cord – umbilical cord, that is.

The second grouping of issues was documentation that was needed but could be provided using other tools or even via automation. Nurses pointed to a documentation flowsheet row that was intended to monitor how often a nurse “rounded” on their patients. This information could be inferred by other documentation and removing this one row gave HPH nurses 1,700 hours back per month. When an emergency medicine physician noted that his patients couldn’t leave until they physically signed their after-visit summary (which was then scanned back into the system causing duplication of the form), other ways to document that the patient received the AVS were instituted.

The final classification of stupid stuff wasn’t really stupid at all. It involved documentation or actions that made sense, but users didn’t understand why or that there existed other ways to get the job done. Not surprisingly, several physicians requested sorting or filtering functionality to make it easier for them to find information in the EHR. They were likely happy when they learned that they’ve had those capabilities all along but didn’t realize it. Another question from physicians involved documentation requirements for evaluation and management (E/M) clinic visits. More training on the CMS guidelines helped with this request (but note that new guidelines went into effect Jan. 1 of this year, so perhaps there will be less training for doctors).

Getting rid of stupid stuff (or GROSS as I like to abbreviate it) is a program that all healthcare systems should initiate and then repeat at regular intervals. Further, I’d suggest going beyond just the EHR and examining all aspects of your organization. Are there hoops that patients must jump through during the admission process that no longer make any sense? Is your inventory bigger than need be because you still carry those instruments that have become obsolete due to the latest and greatest operative approaches? Are there human resources requirements that might have made sense two decades ago but today are out-of-date? You’ll never know the answers to these questions if you don’t ask them.

In a short video hosted by the Annals of Internal Medicine regarding innovative practices, Dr. Ashton says the following: “Our clinicians thrive when they work in systems that make it easy to do the right thing. As a leader...it is my job to remove the obstacles, smooth the path, and make it easy for great clinical care to occur in teams.” Preach, Dr. Ashton! Let’s all move forward and get rid of some stupid stuff.